Sailing out 30nm from San Francisco can be a very rough ride or simply beautiful. Planning the right weather window is hard to do but there are times during certain seasons a break in the weather and fog will give way to a beautiful sailing experience off shore and a reward to see the Farralons up close. It was on a Thursday morning I set sail from Oakland at 0600. The winds were north easterly I was able to sail out of the estuary as the commuters were having their morning coffee on the ferry so was I aboard The Galen Diana. It was a slow ride out to the slot but once out there the winds shifted northwest  blowing 10-15kn allowing for a steady reach on starboard tack out and under the Golden Gate Bridge. Mild rolling swells made for a comfortable ride out as if the boat was floating on air. By mid afternoon the winds picked up to 18kn with full sails The Galen Diana was moving at a swift speed of 9-10kn. The sun was shining and the weather was warm. Shorts and T-shirt weather. Days like this it is hard to turn around but there came that time after a few passes across the main portion of the islands where the scientists are on station. No shark sightings this time of year. Perhaps in the fall when the Great Whites migrate to feed and make little shark babies… I decided to stay the night at sea watching for the big ships on AIS and staying clear of the inbound and outbound lanes. I was on the radio with the coast guard VTS standing by on ch 12 and in radio contact with the ship’s pilot to let them know I would stay clear of their heading. I was keeping a friend company for the night. She is training in her “row boat” on the SF Bay and near the coast of San Francisco regularly to row the Pacific Ocean from Japan to San Francisco in the near future. A journey that will most likely take her six(6) months to complete. The link below is to her web page and her story of her Farralons row today in which I caught up with her within sight of the islands. I didn’t feel right leaving her out there alone given her proximity to the shipping lanes so I stayed close by and kept a sharp eye out and regular communications with the coast guard VTS and passing ships to insure her safety during the dark hours. https://rowliarow.com/snakes-ladders-part-2/ It was a tiresome night sneaking in a quick nap between ships and the 30 minute broadcast from the coast guard vessel traffic service. However the reward was one more beautiful sunrise at sea. Until next time Farralons, Capt. Rod. 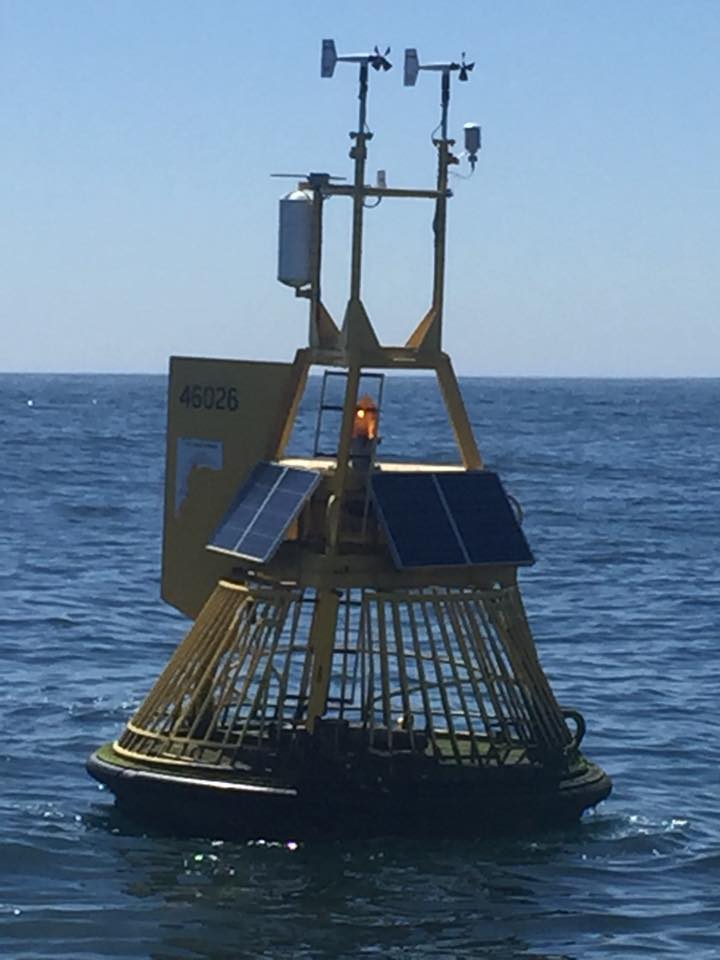 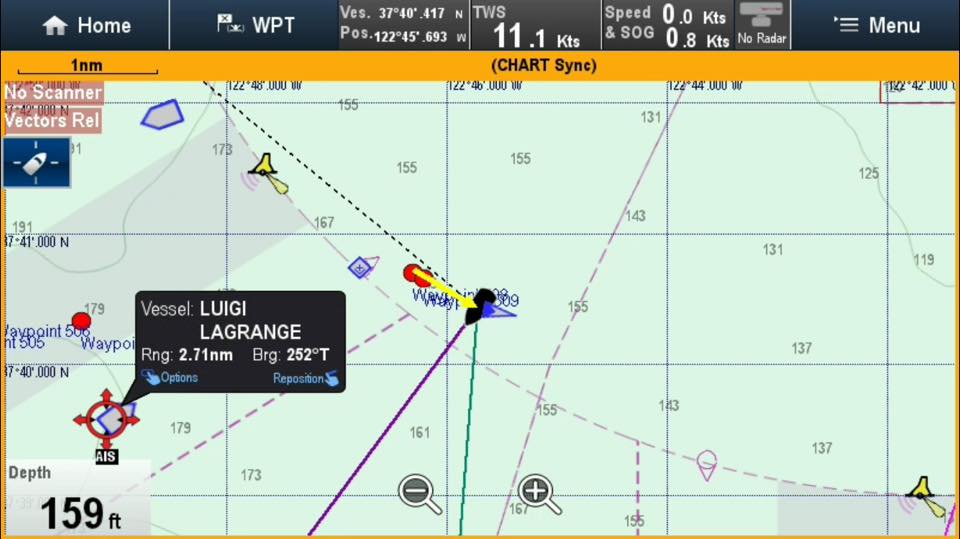 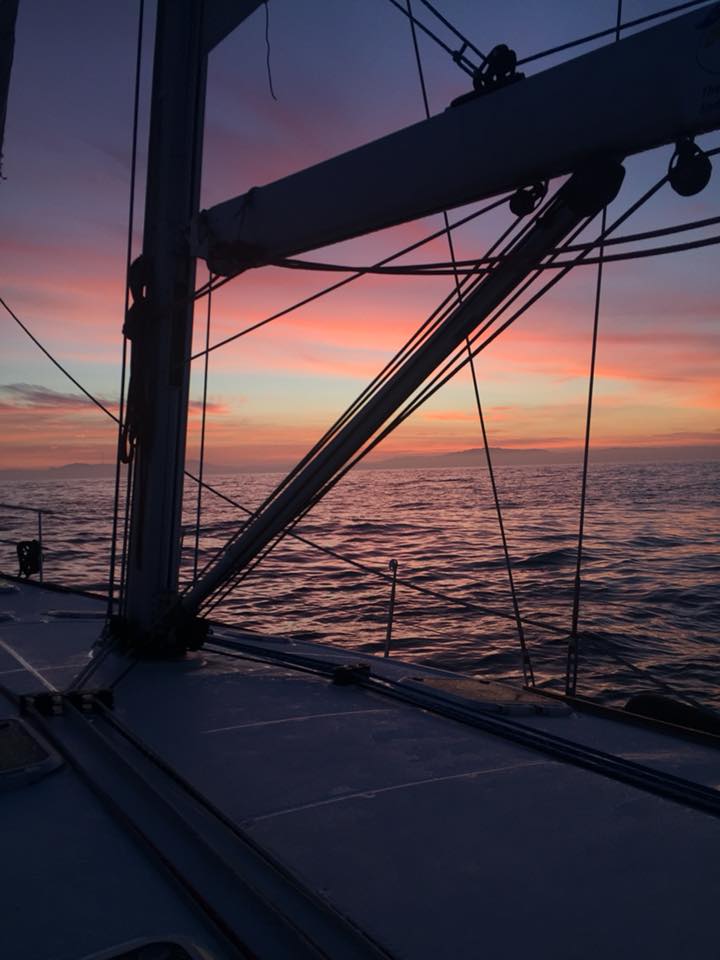 END_OF_DOCUMENT_TOKEN_TO_BE_REPLACED

The first ocean experience of 2018 for The Galen Diana was a 20 hour cruise to Monterey, one night in Monterey and then a 22 hour cruise back to San Francisco. We took advantage of a dry weather window in mid January. The plan was to sail as much as possible taking our time within reason. We were on a pace  threshold of 3.8kn sog. If we fell below our threshold for more than ten minutes we would fire up the iron sail and motor sail until the winds picked up. We also wanted to be out ten miles off shore  in the shipping lanes to avoid the crab buoys and a wrapped propeller shaft should we have to motor at night. We passed under the Golden Gate Bridge on a Friday afternoon. The fog was lifting and it was going to be a clear sunny January afternoon. The winds were mild at 9kn out of the north but became NE late afternoon blowing 18-22kn 120d off our starboard quarter. The swells were rolling passed at 10-12 feet at 18 second intervals making for a smooth ride down. There was one area of fog as we passed by Half Moon Bay but that only lasted for an hour or so. When we reached the edge of Santa Cruz and the Monterey Bay the winds changed to the East at 27-32kn as a front was moving through the area. We obviously reefed in for a comfortable sail but we were still cruising above 8kn on a close haul as we made our approach to Monterey. We arrived at the Monterey peninsula Saturday at dawn and had our slip assignment and were docked by 0800. It was just my daughter and myself on this cruise. Once we were secure at the dock we began our day ashore in beautiful Monterey. The plan for our return trip was to depart Monterey by 0800 Sunday and sail across the bay towards Santa Cruz staying a little closer to shore before heading back out to the shipping lanes before sunset. The forecast was for 12-17′ swells and breaking swells across the four-fathom bank on the approach to San Francisco. We would have to make our approach at dark and would not be able to see the swells therefore we would stay in the deep water channel and not cut the corner in to the gate. It was the right call. The swells were not breaking in the channel but we were getting a long ride as we were surfing our way in from swell to swell. We reached the Golden Gate Bridge at 0420 on a clear and dry Monday morning. It was a 22 hour trip home but we sailed over 112 nautical miles back up. We covered in all about 220 nautical miles within 42 hours of sailing. We saw whales, sea lions, jellyfish, sea birds and sea otters. We witnessed beautiful sunsets and sunrises from the boat. It was a wonderful sailing experience and a priceless father daughter memory. 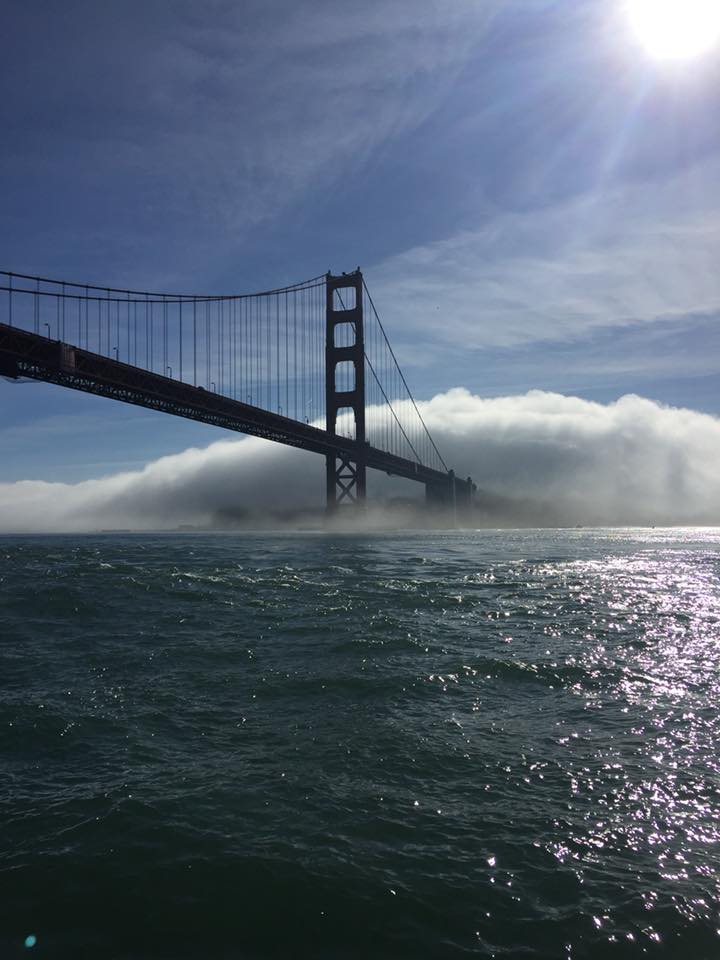 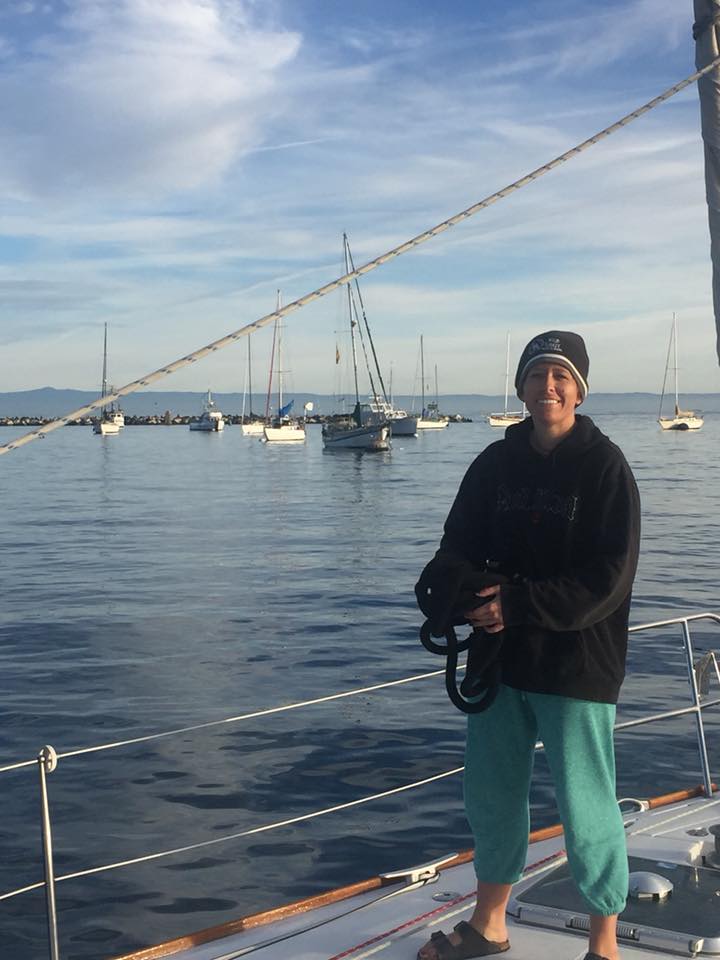 Tanker in the shipping lane 10 miles off shore

Hawaii to San Francisco in 21 days.

Imagine 21 days at sea with 80 percent of the weather perfect. This video sums up some of the best sailing weather out on the high seas. My hurricane footage  on the passage to Hawaii will come another day.

Departure set for midnight heading for San Francisco. The weather and winds look fantastic for our departure. Our last hours in Waikiki have been relaxing. The boat has been ready and waiting, provisioning done early and our last meal in port was a mix of Round Table Pizza along with BBQ Tuna and Mahi we caught earlier. Three weeks in paradise with a weekend sail to Maui, several days of surfing and tinkering on the boat. We are ready to set sail with our crew of five; Capt. Rod, Capt. Al, Capt. Lynn and the rest.. (Patrick and Lucas) for a 17-20 day trip home. We will try to update along the way… Stay tuned. 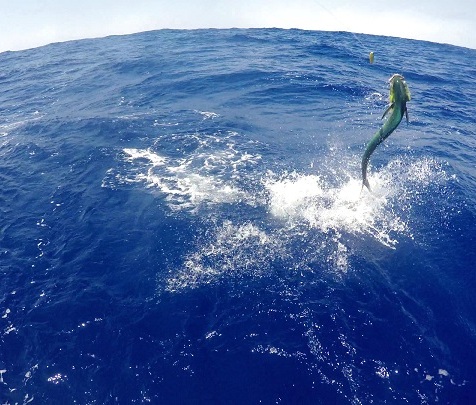 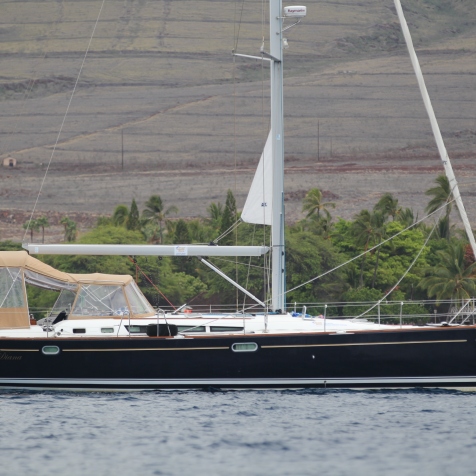 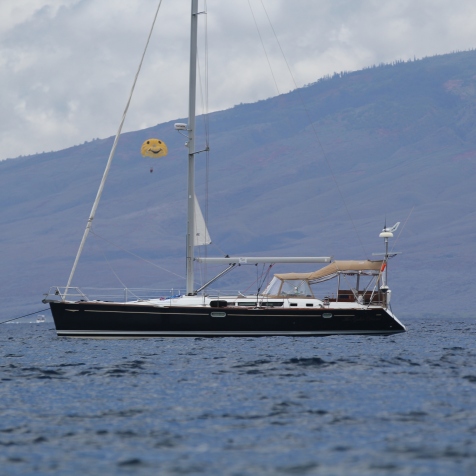 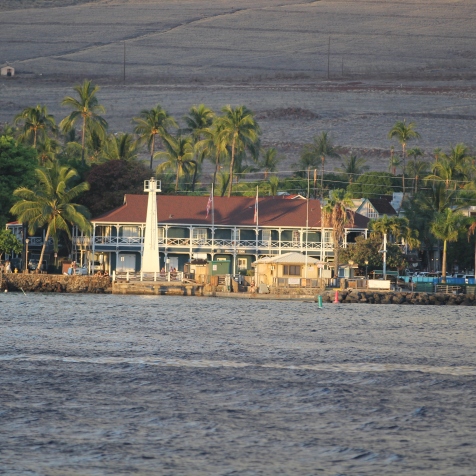 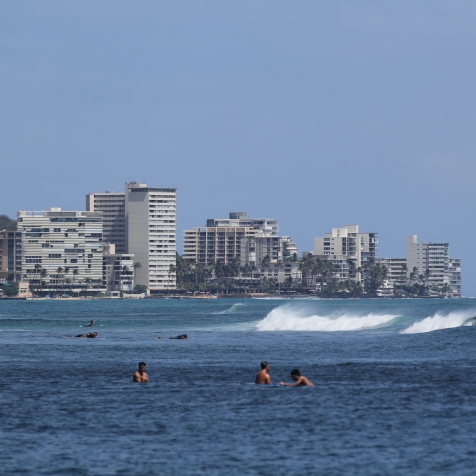 Our welcome home from our exceptional Yacht Consultant/Broker John Kuony…

Thank you John for this…

August 5th, 2014 chasing down rowers prior to Hurricane Iselle

Near Lat 21.42 N / Long 156.37 W we got the call to assist and tow in one of the rowboats and crew. During the transfer one of the swimmers was struggling to make it to The Galen Diana. The Captain jumped in to assist…

← Older posts
The Galen Diana
Create a free website or blog at WordPress.com.