The first ocean experience of 2018 for The Galen Diana was a 20 hour cruise to Monterey, one night in Monterey and then a 22 hour cruise back to San Francisco. We took advantage of a dry weather window in mid January. The plan was to sail as much as possible taking our time within reason. We were on a pace  threshold of 3.8kn sog. If we fell below our threshold for more than ten minutes we would fire up the iron sail and motor sail until the winds picked up. We also wanted to be out ten miles off shore  in the shipping lanes to avoid the crab buoys and a wrapped propeller shaft should we have to motor at night. We passed under the Golden Gate Bridge on a Friday afternoon. The fog was lifting and it was going to be a clear sunny January afternoon. The winds were mild at 9kn out of the north but became NE late afternoon blowing 18-22kn 120d off our starboard quarter. The swells were rolling passed at 10-12 feet at 18 second intervals making for a smooth ride down. There was one area of fog as we passed by Half Moon Bay but that only lasted for an hour or so. When we reached the edge of Santa Cruz and the Monterey Bay the winds changed to the East at 27-32kn as a front was moving through the area. We obviously reefed in for a comfortable sail but we were still cruising above 8kn on a close haul as we made our approach to Monterey. We arrived at the Monterey peninsula Saturday at dawn and had our slip assignment and were docked by 0800. It was just my daughter and myself on this cruise. Once we were secure at the dock we began our day ashore in beautiful Monterey. The plan for our return trip was to depart Monterey by 0800 Sunday and sail across the bay towards Santa Cruz staying a little closer to shore before heading back out to the shipping lanes before sunset. The forecast was for 12-17′ swells and breaking swells across the four-fathom bank on the approach to San Francisco. We would have to make our approach at dark and would not be able to see the swells therefore we would stay in the deep water channel and not cut the corner in to the gate. It was the right call. The swells were not breaking in the channel but we were getting a long ride as we were surfing our way in from swell to swell. We reached the Golden Gate Bridge at 0420 on a clear and dry Monday morning. It was a 22 hour trip home but we sailed over 112 nautical miles back up. We covered in all about 220 nautical miles within 42 hours of sailing. We saw whales, sea lions, jellyfish, sea birds and sea otters. We witnessed beautiful sunsets and sunrises from the boat. It was a wonderful sailing experience and a priceless father daughter memory. 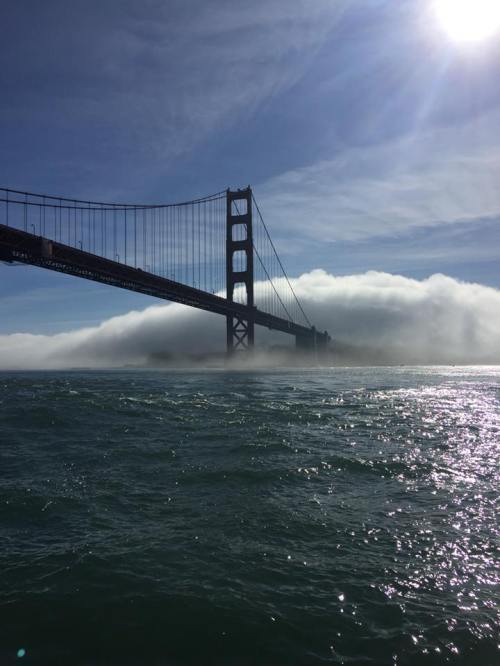 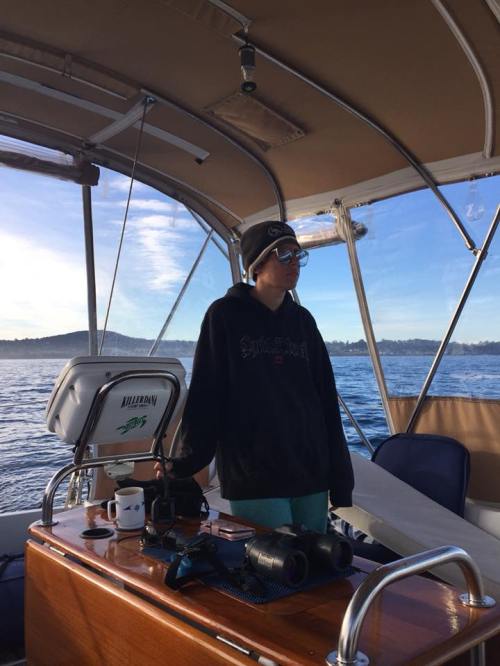 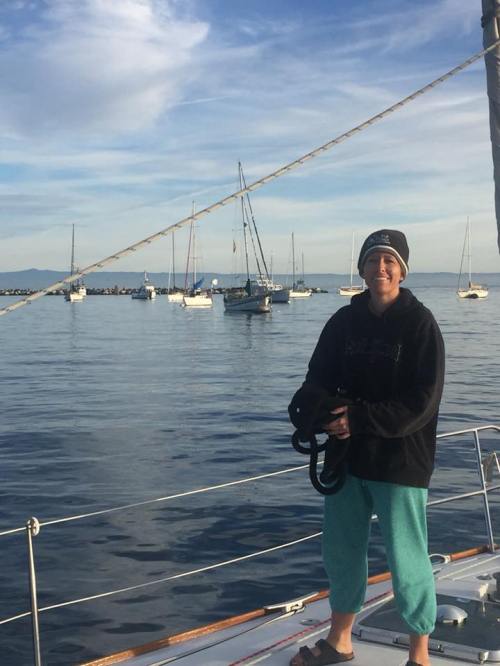 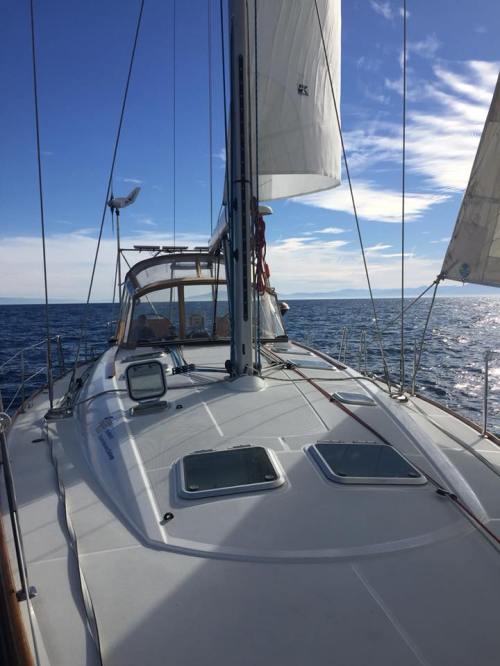 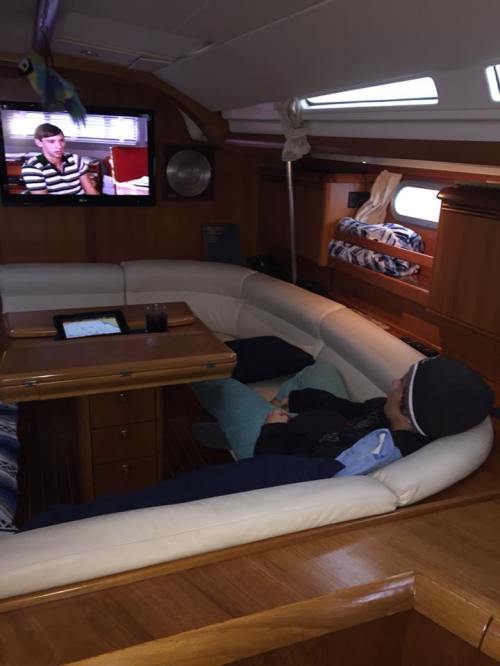 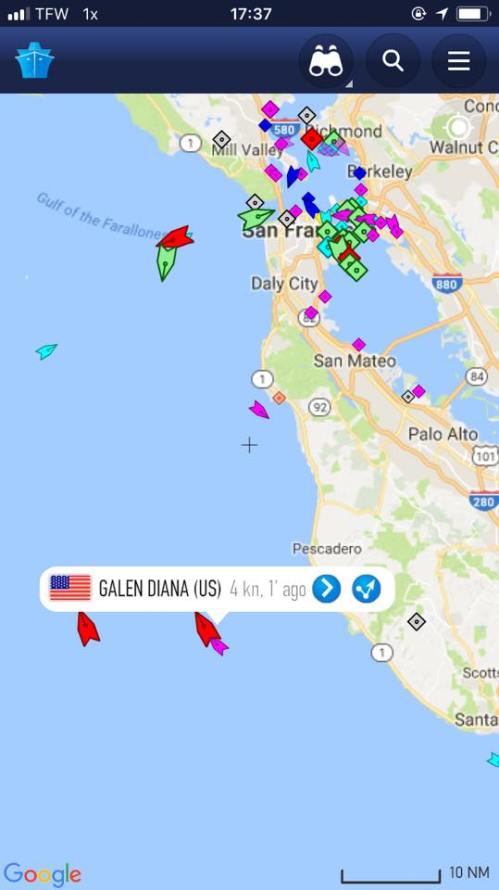 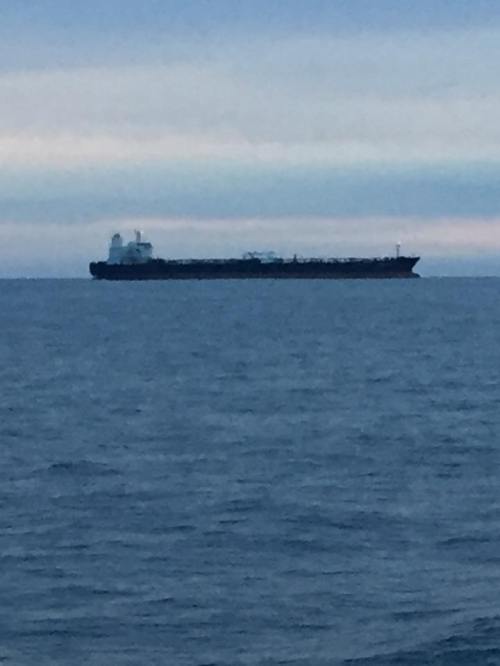 Tanker in the shipping lane 10 miles off shore 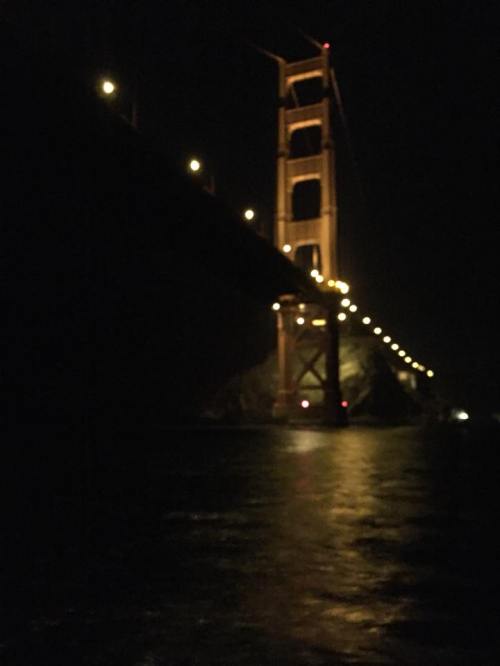