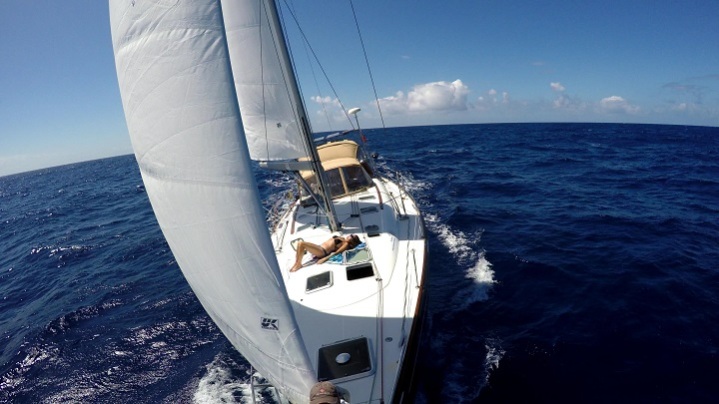 September 1, 2016. We are 6 hours in to day 18 and 490nm away from the SF Buoy. Our track from Honolulu is now at 2209nm. We are still motor sailing since yesterday afternoon due to light winds out of the west that are due to change eventually to NW allowing us to cut the engine and sail again. 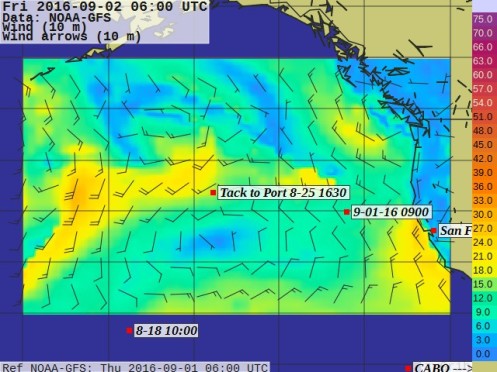 Our 0900 position is 39.55N x 132.06W (Slightly south of Pt. Arena 372mn off the California coast). Current Speed-6.6kn. At this pace we are looking at a Sunday afternoon arrival however,the grib looks favorable for increased speeds within the next 24 hours or so which could advance our arrival to early Sunday morning or even mid day to late Saturday. We will need to revisit the ETA as conditions improve.
Weather here is nice. BP is up to 1015mb, it is clear and sunny and the ladies may be in their bikinis again absorbing the rays while they can. We had two cargo ships pass by us almost simultaneously this morning and a little too close for comfort. One within 1.5nm to our port side and the other less than 4nm to our starboard.
It had been two days since our last ship sighting but as we approach San Francisco we are definitely near and in the shipping lanes and will be keeping a close watch on things. The sunsets and sunrises continue to amaze us with their ever changing uniqueness from day to day bringing us a feeling of warmth and joy as we witness the beauty that our earth, sky and sun deliver us each and every day.
So not taken for granted on the high seas and the highlights of the morning and evenings. Another breathtaking show that being on night watch has to offer are the stars that have been shining so bright the past several nights. They seem so close that you could reach up and grab a few. Lots of wishes have been made with all the falling stars we have seen.
During the day the wildlife action is an entertaining sight. 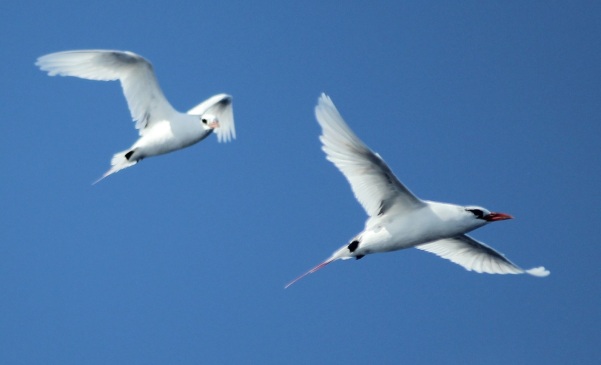 We have had a lot of seabirds circling the boat. We had a couple of “Terns” checking us out yesterday which appear to be a male and female in the photo.The male has the black outline around his eyes and is ahead of the female who appears a bit smaller in size. That’s my guess anyway. 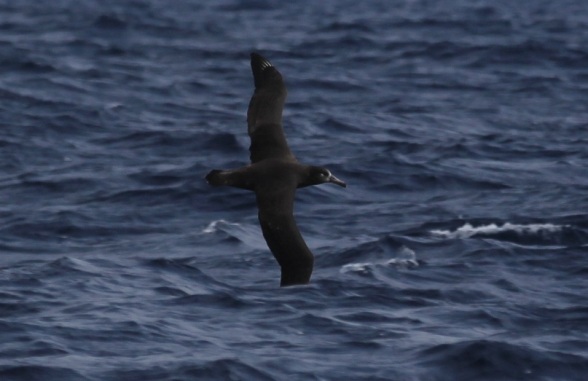 The one seabird I have been hunting down to photograph is our Albatross AKA “Albert Ross” I refer to as Albert or Mr. Ross. He visits us time to time but doesn’t stay long. I was able to capture a few close ups of him. This one he appears to be dragging his wing in the water like a surfer carving his bottom turn. What an amazing creature and huge wing span at 10-11 feet at the least. He soars so gracefully. Solely riding the wind like a remote control glider I have yet to see him flap his wings.
More updates to come.
Standing by on the pacific.
Captain Rod. 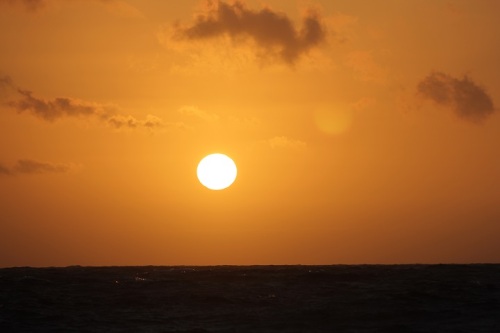 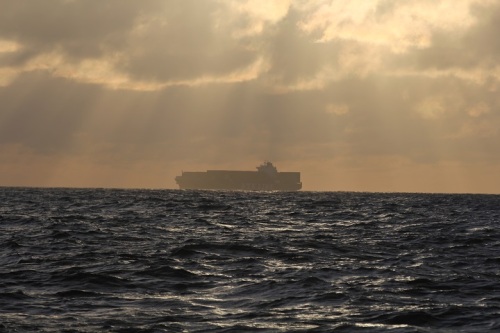 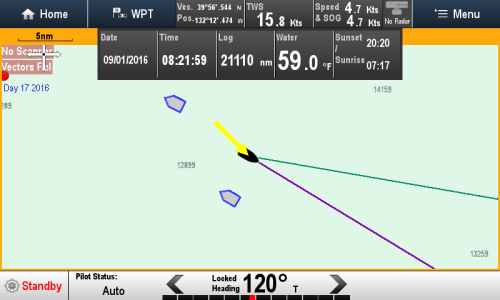